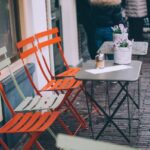 Because of this pandemic, most restaurants in Davao City are folding up due to very low sales and high rental fees.

Restaurants are more than places to eat and drink. They are also places where we celebrate special occasions, gather with friends and family, or treat ourselves to a favorite meal.

This is why the closing of a restaurant, especially an institution or long-running, is sad news. There’s the loss of business and livelihood for the owners and employees. And for the community, it’s one less place to gather and eat good food. Food lovers also miss the specialty food that can only be found in that restaurant, food that reflects a city’s diverse and evolving tastes.

That is why, in honor of happy memories, good food, and the pleasures of spending time in their company, we are listing restaurants we are missing during these times because of the pandemic. They may have closed for good or just for now, but we are thankful that they’ve made our Davao City a more delicious place.

When Marco Polo Davao, the city’s first and premiere five-star hotel, closed in June after 22 years of business, it felt like the closing of an era in the city’s tourism and lifestyle.

Since it opened in 1998, Marco Polo has been a part of Davao and national history. It was also the venue for high society events and guests, the resident of choice of Presidents, dignitaries, and celebrities whenever they would visit Davao City. A Marco Polo wedding, birthday, or event meant luxury, prestige, and fine dining in the city.

So when the 18-story hotel closed, it also closed in one fell swoop several of the city’s fancy restaurants, two of which we list here, starting with Cafe Marco, their signature restaurant.

For many years, among all buffet restaurants in town, Cafe Marco stood out with its five-star setting, wide choices, and quality food. It also had the best and most filling breakfast spread among all the hotels. Lunch and dinner buffets were equally filling. One would start with a wide selection of salad and breads, warm the stomach with soup, and gradually fill the tummy with any of the tasty meats, freshly grilled seafood, or made-to-order pasta. Then finish the meal on a sweet note with any or all of their desserts of petit fours, ice cream, and make-your-own halo-halo.

In case it’s not yet obvious, we’ll miss eating our heart out in Cafe Marco.

If you wanted to eat Chinese food in a five-star ambiance, that only meant Lotus Court at Marco Polo. It served a variety of Cantonese favorites such as Peking Duck, dim sum, fried crabs in garlic and pepper, Yin Yang Grouper, braised mushroom and homemade tofu, moon cakes, and sweet sesame buchi.

With its elegance and contemporary interiors, diners enjoyed the food in a more genteel setting than the usual hustle and bustle of other Chinese restaurants. It’s the kind of place where you’d dress up and expect great food and quality service, which made Lotus Court a place to celebrate special occasions or meet people for business. In 2019, Lotus Court was awarded as one of T Dining’s Best Restaurants, the only Cantonese restaurant from Davao that made it on the list.

We’ll miss eating delicious Chinese food while savoring the view of the city.

Until it closed, this cozy French restaurant was Davao City’s number one restaurant on TripAdvisor and had just been recognized as a 2020 Traveller’s Choice Winner. Sadly, they had to close at the end of July.

Bon Appetit started in Tagum City in 2008 at an apartment compound. It was an informal setup that opened only for dinner, al fresco. Word quickly spread about the delicious and affordable home-style French food such that foodies from Davao made the trip to Tagum just for them.

Three years later, Bon Appetit moved to Davao City. The charms of al fresco dining could still be enjoyed at their new home in Plaza del Carmen in Obrero, where they set up tables at the garden at night. Eventually, they expanded their one-unit store to two where intimate parties could be held.

With its purple walls, elegant artwork, and warm yellow lighting, Bon Appetit became a place to impress a date and to celebrate wedding anniversaries, intimate birthdays, and small reunions. Primary of course was the food. From their salads, quiche, meats, pasta, steaks, duck confit, and desserts such as chocolate pot pie and apple pie, and their monthly specials, everything on their menu was delectable.

We’re still hoping that our Bon Appetit favorites will be made available online someday. Until then, merci and a bientot!

Though not a local concept, we are including Vikings because it redefined the buffet experience. Sadly, they had to temporarily close starting mid-June.

When it opened at SM Lanang Premiere in 2013 — its first branch outside Manila — Vikings immediately became the ultimate buffet restaurant. It became the standard of eat-all-you-can, and we put that in bold because one can get full just looking at all the food.

There’s something to suit everyone’s taste, whether it’s Filipino, Japanese, Chinese, Spanish, Italian, or American food you like. That is why a meal at Vikings means busog kaayo. Which made Vikings a favorite to celebrate birthdays and other events. No program needed, just eat and eat until you drop.

When all this is over and they can reopen again with the same buffet we love, you bet we’ll be lining up to eat all we can again at the one and only Vikings.

Claude’s, the city’s first French fine dining restaurant, closed in March 2019 well before the pandemic, but we’re including it in this list because we still miss them and we’d like to pay tribute to them.

In 1996, French chef Claude Le Neindre and his wife opened a French restaurant at a small space in Rizal Street. It was certainly a risk, for back then, most of the city’s restaurants served grilled food or home-style favorites. But Claude’s found a niche with his excellent French food, elegant setting, and warm and attentive service. It became the place for romantic dates, anniversaries, and intimate birthdays.

In 2011, Claude’s renovated and moved to the Oboza Heritage House just across his old location, a bigger home befitting its status as an institution in the city. Traditional French food in a beautiful 1920s house was a combination that made Claude’s a must-visit for many visitors. It was also the place for more proposals, anniversaries, birthdays, and gatherings, a place to impress and be impressed.

With Claude and his family hands-on in the kitchen and dining, customers were always assured of fine food. Specialties include chicken liver pate with onion confit, escargots, foie gras, grilled meats, scallops, salmon carbonara, and desserts.

Claude’s may have closed, but its legacy as the first French restaurant and elevating the city’s standards in food quality and service will be remembered.

You may visit for more info!